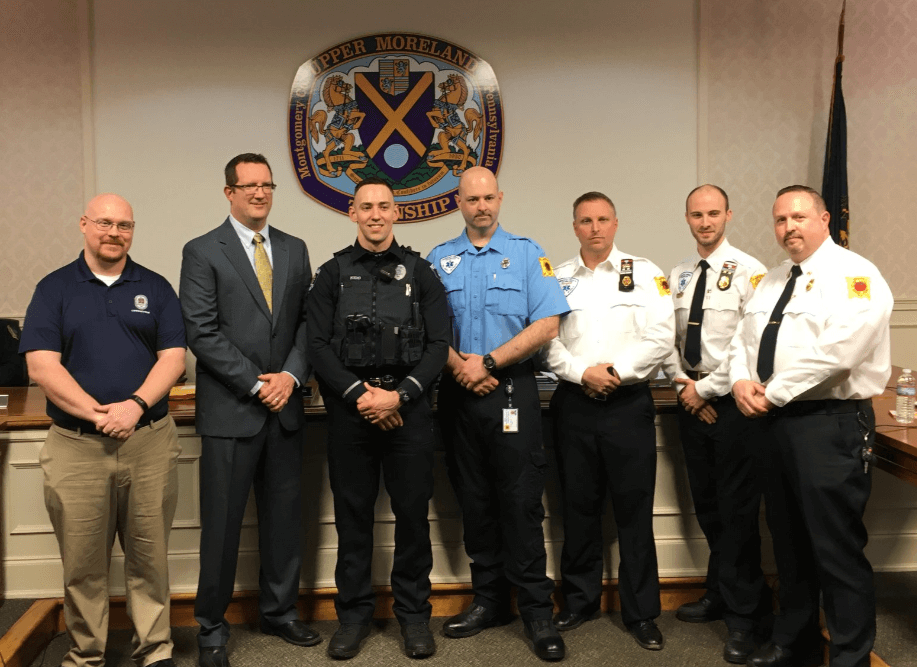 On March 19, 2019, at the Board of Commissioners meeting, several Patrol Officers with the Upper Moreland Police Department and members of the Second Alarmer’s Rescue Squad were awarded for their life saving efforts.

Per statements released by the Second Alarmer’s Rescue Squad:

Thanks to the quick actions of her family, the 911 call taker, Upper Moreland Police and SARS providers, Danielle regained a pulse and was discharged from the hospital a few days later. She has now made a full recovery. 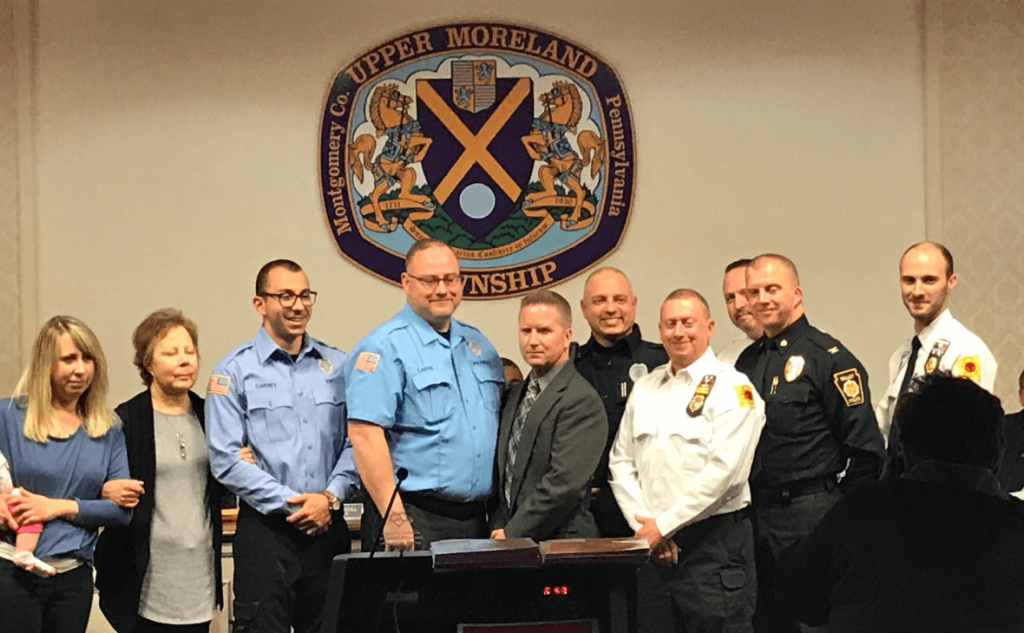 On 11/9/18, 37 year old Lauren was out shopping with her mother and young children. Just after feeding her newborn infant, Lauren complained of severe pain in her chest and went into respiratory distress. Her mother, Joan quickly called 911 and requested help. Upper Moreland Police Sergeant Brian Newhall quickly arrived on scene and began to render aid while directing EMS crews to where the patient was located in the parking lot.

Upper Moreland Police Officer Scott Metheny arrived a short time later as well as Upper Moreland Detective Sergeant James Kelly and SARS Battalion Chief John Townsend. All provided care on scene until SARS EMT Nick Carney and Paramedic Christopher Lappe arrived a short time later. Just after being loaded into the ambulance for transport, Lauren went into cardiac arrest and lost her pulse. All present provided aggressive resuscitative efforts and rapid transport to the hospital. When transferred to the ER, Lauren was in grave condition and it was felt that there was a good chance she would not survive the event.

Much to everyone’s great pleasure, Lauren did regain a pulse and was discharged home after a short stay in the hospital. Today she has returned to a normal quality of life. She is pictured above holding one of her children. 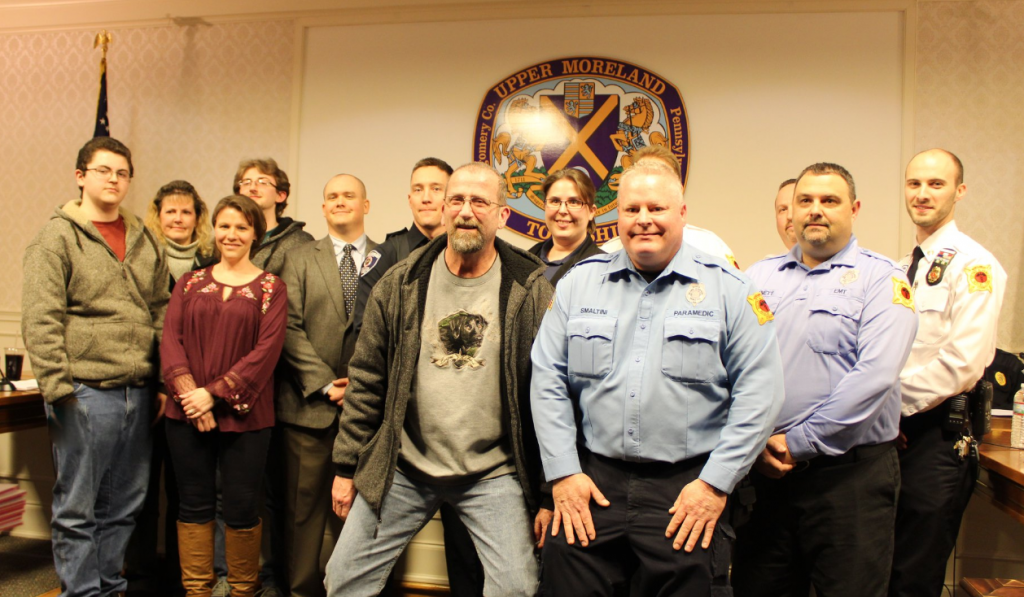 Thanks to the efforts of his family, the police officers that responded, and the EMS crew, Steven regained a pulse and was discharged home after a brief stay in the ICU.

He walked into our station a few weeks ago to thank the crew and reported that he is back to his normal routine and with the exception of some memory issues, he has made a full recovery.

All photographs are the property of the Upper Moreland PBA and its members and may not be used without written consent.